Harman Kardon recently updated its main A/V receiver line with four new models. Sometime prior, the company also introduced a line of four integrated systems, in both surround and stereo, with and without speakers. These include the 5.1-channel BDS 800 system with speakers ($1,499), the 2.1-channel BDS 400 system with speakers ($999), and the BDS 5 BD receiver without speakers ($799). I reviewed the speaker-less version.

Classy Twofer
The BDS 5 combines the functions of an A/V receiver and a Blu-ray player. It’s smaller than a typical budget receiver and not at all cheap looking, with a sleek stripped-down front panel and all-metal gold-plated binding posts. The top plate, with the Harman Kardon logo embossed in metal, needs no ventilation holes thanks to cool-running, energy-efficient Class D amplification. Rather than license digital amplifier technology from ICEpower or Tripath, Harman rolled its own.

There’s not much on the front panel: just a large volume knob ringed in bright white, a disc slot, USB and headphone jacks tucked away at lower right, and power and eject buttons along the top edge. In operation, the small white display shows only source and disc time elapsed.

It’s only by examining its back panel that you begin to figure out that the BDS 5 is a stripped-down component. It’s not intended for the serious enthusiast except where the space-saving value of its built-in disc player is a reasonable trade-off for sacrificing the last word in connectivity. The unit’s one HDMI output is version 1.3a, meaning not 3D capable, and no upgrade to 3D is planned for either the player or the video passthrough. That’s because there is no passthrough or switching of HDMI. There are no HDMI inputs—in fact, no video inputs at all, which limits A/V sources to the disc drive. This will be a problem that complicates operation for anyone with a high-definition cable box or video streaming device. Such users will have to connect the video output directly to the HDTV and the audio output to one of the BDS 5’s legacy bitstream audio inputs. That means switching inputs on both the HDTV and the receiver whenever you change sources, unless you use the HDTV as the audio/video switcher and connect your external source components to the set, then feed the HDTV’s audio output to the receiver. But keep in mind that many HDTVs can’t pass a multichannel bitstream from HDMI inputs to the audio outputs, and this scheme will often limit the audio to a two-channel or matrix-encoded downmix.

Audio inputs are more plentiful: one coaxial, two optical, two stereo analog, the aforementioned USB, plus a proprietary docking connector for Harman’s elegant arc-shaped optional iPod dock, known as the Bridge ($129). You’ll need the dock for your iThings—the USB jack is only for music, video, and p******os from external stick or hard drives. The system can generate playlists for either CD data discs or music accessed by USB. The Ethernet connection is only for BD-Live features; there are no other network media features. Aside from speaker terminals and the headphone jack, the only audio output is a single subwoofer jack.

A printed quick-start guide is provided, but there’s no full instruction manual—you’ll have to find that online. I ended up downloading the manual for the BDS 800 system. However, setup isn’t hard. This BD receiver seems to have been designed to be as unintimidating as possible. In another sign of its limited intent, it doesn’t even feature Harman’s EzSet or any other form of auto setup or room correction, so there are no preliminary arcane settings to trip up the surround newbie, no awkward measuring operation with setup microphone and tripod. Instead, a stripped-down setup wizard steps through the usual disc player settings for language, video resolution, and aspect ratio.

I was unable to find a subwoofer crossover setting in the menus. This suggests that the system operates at a fixed crossover. When I asked for a number, the answer was “most likely” 80 hertz, although this would be an odd choice for the version of this product that comes packaged with smallish speakers. My query for further information was still pending at press time.

The remote control is simple, but its look and feel are impressive. Keys above the navigation ring have a subtle upward arc, while those below have a corresponding downward arc, giving the remote a distinctive appearance. The keys have a pleasantly rubbery texture combined with an audible click, and they’re adequately differentiated by shape and layout. The volume control—a two-position rocker button—is reasonably large and falls where a right-handed person’s thumb would seek it. An indentation on the back cradles the forefinger, placing the thumb nicely on the navigation keys. 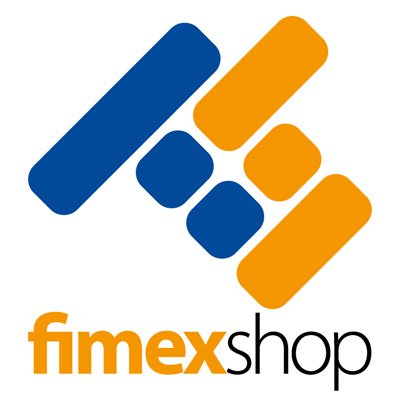 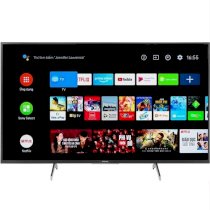 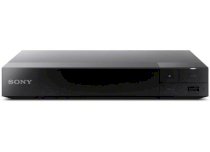 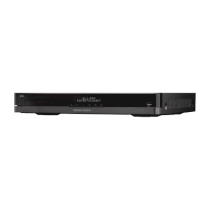 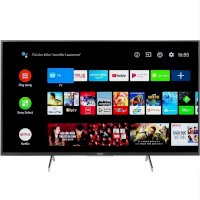 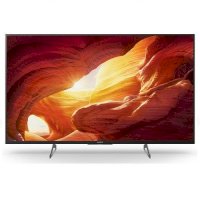 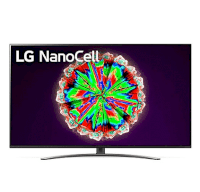 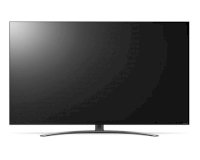 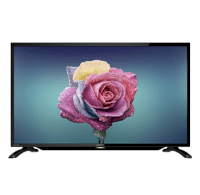 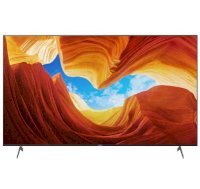 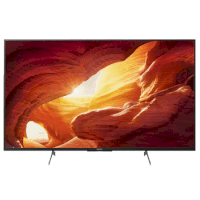 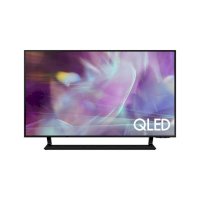 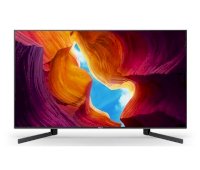 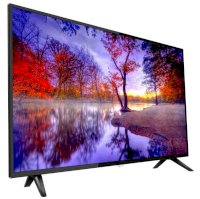 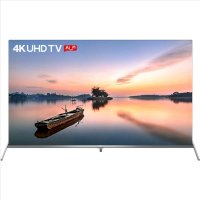 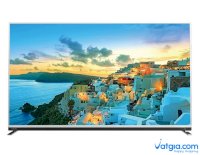